10 Takeaways: A Cryptocurrency Summary from G20 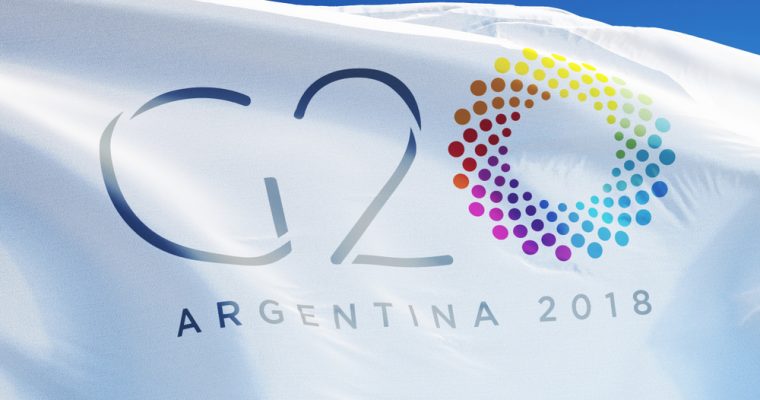 Last week, the G20, the group of the world’s 20 largest economies, took place in Buenos Aires, Argentina. The regulation of cryptocurrency was among the main topics debated by the multilateral group. The importance of everything that has been discussed in Argentina can impact the crypto market around the world. The main message was: We will not ban, but regulate the market. A very positive news was that there were many doubts about how the group including China, US, Japan, among others, would address the issue.

CCN, in partnership with the Criptomoedas Fácil, summarized the main points that were discussed during the meetings. In July, the first concrete proposals for regulation should be presented, so it is important to follow the whole development of the theme that will bring institutional legitimacy to cryptocurrencies like bitcoin, paving the way for major investors and institutional markets around the world.

1. Cryptocurrency/blockchain should be adopted by the countries
G20 participants have recognized that cryptocurrencies have the power to insert people who, today, are on the margins of the economic system. In addition, they realize that they can (and must, according to the Spanish finance minister) assist governments in broadening welfare policies.

3. Regulation is inevitable
Regulation is an inevitable process, and although the economy is digital, citizens are real and are embedded in a country, as well as businesses, so rules need to be imposed, just as there is in other types of business.

4. Regulate but not prohibit
G20 members unanimously agreed that the cryptocurrencies are important and represent a revolution in the economy and social organization, so they can not be banned, but they have to go through a regulatory process.

5. Regulation will not prevent technology breakthrough, but taxation is almost certain
It was also clear that the regulatory process will be handled very carefully so that hard rules are not imposed that hinder the development of technology. However, the application of fees, which can happen in different parts of the process, are practically certain.

6. First regulatory proposals will be presented in July
The central bank presidents, the Financial Action Task Force (FAFT) and the Organization for Economic Cooperation and Development (OECD) will be in charge of the G20 regulatory proposals. The first practical proposals for regulations will be presented in July this year during the 3rd meeting of finance ministers and central bank presidents.

7. Preventing crimes
The regulatory proposals will mainly focus on preventing any illicit activity, such as financing terrorism, avoidance of currency, money laundering and also consumer protection, ie avoiding scams being applied through ICOs, cryptocurrency projects, among others.

8. Tracking and KYC
There is still no consensus as to how or if crypto actives should be tracked or tagged so that it is possible to identify where they came from and where they are going. However, KYC and Digital Identity standards should be key points in the discussions.

9. Europe wants to lead the process outside the G20
Europe intends to lead the process of regulating cryptocurrencies, but will not wait for the G20’s position until July. A group of countries on the continent have set up a working group to discuss the issue and implement practical norms for Europe before even the 20s present their proposals.

10. Self-regulation
Although the subject has not been addressed at official meetings, behind the scenes, the self-regulatory process that has been gaining ground in Japan, Puerto Rico and the US has been highly commented and may eventually gain room on the main agenda.